Let’s talk soundtracks. As part of the International Chick Lit Month celebrations, today a collection of authors are sharing the soundtracks for their novels.

As with yesterday’s 'What’s on p.45?', US-based readers have another chance to win a bundle of delicious caramels from Whitney's Goodies (details at the bottom of this post).

I’m sharing with you my soundtrack for Bring Me Back (Evans Trilogy Book 3).

Developing the soundtrack was relatively easy, as my leading man in Bring Me Back, Andy Evans, is a musician and ex-rockstar. At the peak of his rockstar success, Andy played in a pop-punk guitar band, similar to Green Day or Blink 182. We’re harking back to the 90’s here, and I had to do some searching to refresh my memory so I could put this together.

Then I remembered this gorgeous song from Green Day – 'When I Come Around'. The clip very much sums up Andy’s attitude during his successful years. He didn't care what anyone thought of him and he had very little respect for the people and world around him. There’s also a sense of loneliness within this song, which reflects Andy’s inner turmoil. Behind the tough guy attitude is someone who just wants to be loved.


I kept on searching for another example of pop-punk guitar bands and came across this clip from Blink 182 – 'All the Small Things'. I just had to share it, because I’d forgotten how funny it is. In it, Blink 182 are taking the piss out of boy bands, and it’s just hilarious.

But while pop-punk might be Andy’s style, Annie, my leading lady in Bring Me Back, HATES it. Andy’s taste in music is one of the first things she holds against him when she first meets him in Open My Eyes, Book 2 of the Evans Trilogy.

Although Annie is right into Steampunk, she’s also a non-conformist, and she doesn’t actually like the kind of music Steampunk fans usually follow. Instead, Annie prefers music that shows off a musician’s skill. She’d much rather listen to something like this from the soundtrack of the movie Amelie…


In Bring Me Back, she overhears Andy playing 'Romance Anonimo' and she’s spellbound.

Later, Andy shows off for her a little, and plays the song 'You Make it Easy', by French band, Air, and again, she’s captivated.

Of course, given Andy is a recovering heroin addict, my soundtrack wouldn't be complete without a couple of songs that made reference to drugs.

First up, The Dandy Warhols.

And finally, The Verve.

If you're curious about Andy and Annie, you can get Bring Me Back on Amazon. 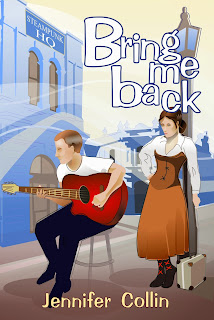 To check out the soundtracks of other authors participating in the Chick Lit Rocks! blog hop, following the links below. And remember, if you’re US-based, visiting these posts gives you more chances to win the grand prize outlined at the bottom of this post.

A one-pound package of caramels from Whitney's Goodies.  Winner can choose their flavor from those listed below.

"Which of the songs on my book's playlist is your favorite?"

Entrants must leave their full name, along with an e-mail address.

A winner will be chosen via Random.org on Wednesday, May 20th. 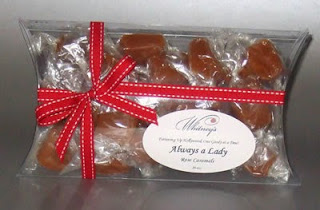